The first garden group outing of 2018 got off to a great start. The weather was glorious and we had a good turnout with 27 members attending.

Alain Dumont and Christian Lorbat were our hosts in Averon Bergelle. Alain is an expert orchid grower and is very knowledgeable on the subject, growing a large variety of orchids from seed in his greenhouse. The afternoon started with a talk by Alain on his passion for these beautiful plants which began while he was still living in an apartment in Brussels. The rapidly increasing orchid collection eventually threatened to take over the apartment and Alain and Christian decided to make the move to the Gers ! 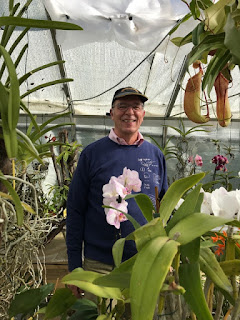 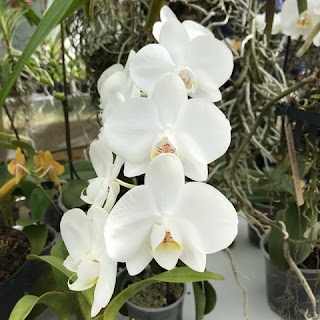 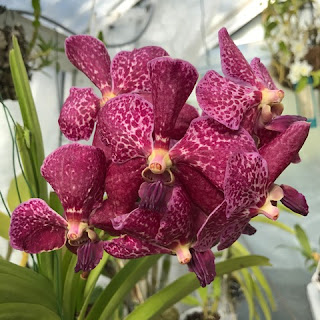 We then had a tour of the greenhouse in small groups and Alain answered questions and gave a lot of a tips on how to grow and care for orchids. Specifically on how to get them to reflower, which we all have problems with. He plans to sell his orchids at the markets very soon. So look out for him at your local market. 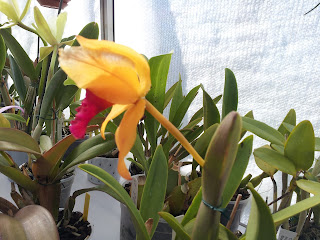 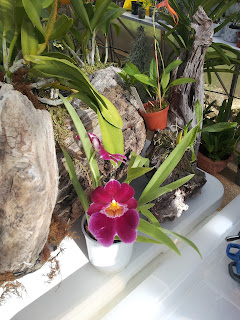 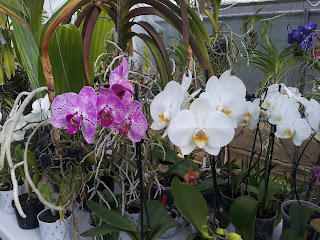 Alain and Christian produced tea and cakes afterwards which we consumed sitting on their terrace, overlooking the garden,with splendid views of the Pyrenees. A successful event that was enjoyed by everyone.

If you do want to come to any future events - please email Janet Jones at
lunchclubgascogne@gmail.com