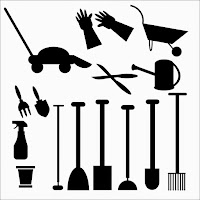 We are visiting a lovely garden created by


This private garden is a mixture of both English style borders and a Mediterranean dry garden round a romantic ruin covered in roses, four colour themed borders, a rockery, an Albizia avenue and a pool surrounded by lavender and roses.

Directions: From St Puy, take the D654 towards Fleurance. After 2 km, take the track on the left marked Taillefer (poubelles on the corner). The track is 1 km long and Taillefer is right at the end

Parking space is limited so please car-share where possible.
Tea and cake will be served.
Hope to see you all there.

For more information about any of the above or our next meeting and venue, please contact:

We would like to get your suggestions for garden visits.
Please let us know if you have ideas or wishes. Also let us know who would like to host one of the meetings of the garden group.
Posted by Ladies Club d'Armagnac at 18:28 No comments: 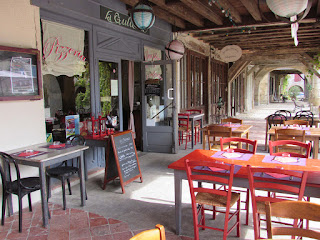 La Pizzeria Guilietta in
40240Labastide d’Armagnac,
(not far from Cazaubon). 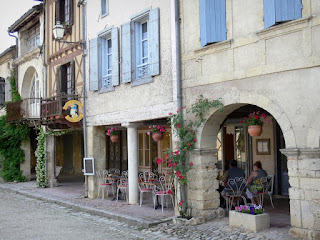 La Pizzeria Giulietta is an Italian restaurant, which is situated under the arcades of the beautiful
Place Royale, providing the inspiration of the place des Voges in Paris.
It is run by a lovely French couple who make all the delicious food in house.

We shall be eating outside absorbing all the medieval charm of Labastide d'Armagnac.
Take a look at the following link to inspire you to come and join us.
http://www.france-voyage.com/tourism/photos-labastide-armagnac-489.htm

This is a brand new venue for us and it may be a good idea to organise car sharing with other members. To further tempt you to this wonderful new venue we shall be offering extra special raffle prizes, this month kindly donated by Carol Scott.

Please complete the emailed Booking Form to let us know that you wish to attend.
If you are unable to submit the Form please send us an email <lunchclubgascogne@gmail.com>

Deadline for places is 8th June, so please hurry! Contact numbers for the committee if you have any last minute queries are: Diana Shaw 05 58 44 69 98

Your cheque for 17 euros should be made payable to Ladies Lunch Club de l'Armagnac or cash and put
into an envelope with your name on it.
Please remember to wear your name badge.
A list of members who have booked will be sent out in due course.

Special event :
We are having a BBQ with music for all our members with their family and guests on 2d July 2016 at Chateau le Bedat near Lupiac.
A special invitation has been sent out to you already with leaflet, you can and please prebook on June luncheon. We would like to know how many members and guests can be expected to have it organized properly.

Looking forward to seeing and sharing lunch with you all on 14th June 2016.
We hope to receive your prebookings for the BBQ on 2d July.
Best wishes from the
LLC Committee

Posted by Ladies Club d'Armagnac at 12:25 No comments:

May 19th:
We will discuss 2 books chosen by Ann P and Nellie: read one or other or both!

and/or
A Desert in Bohemia Jill Paton Walsh

Paula comments: “I was not able to put down Michelle de Kretser’s book Questions of Travel when I found it in my local second hand book shop.

July 21st:
The book chosen from my suggestions was

As I walked out one midsummer morning – Laurie Lee

At the age of nineteen he sets off from his native Slad in Glos and walked to London and then travelled on foot through Spain, where he was trapped by the outbreak of the Civil War. He writes of an age in which it was considered perfectly reasonable for a teenager to set off "tramping" from home, with a minimum of luggage, to walk 100 miles to London, sleeping in fields and barns along the way, to find gainful employment - which turns out to be manual labour. On a whim, he extends the journey to a foreign country with no forward planning, no means of contacting home besides old-fashioned post, and no safety net. In a way it would hardly matter what the subject matter was - the lyrical prose of Laurie Lee is enough to light up the page. The 19-year old Laurie leaves his home in Stroud and starts walking. He walks to the sea (which he has never seen) to London and subsequently the entire length of Spain. Living on his wits and his ability to play a tune on his violin he finds 1937 Spain a country on the verge of civil uprising. Lyrical, hugely evocative of period and place and beautifully written by a natural storyteller and poet.

The other 2 that were suggested were:
A PLACE CALLED WINTER by Patrick Gale

(Notes from an Exhibition/A Perfectly Good Man) A sage, romance, historical fiction, based loosely on truth and a story of self-discovery. A shy but privileged elder son, Harry Cane has followed convention at every step. Even the beginnings of an illicit, dangerous affair do little to shake the foundations of his muted existence - until the shock of discovery and the threat of arrest force him to abandon his wife and child and sign up for emigration to Canada.Remote and unforgiving, his allotted homestead in a place called Winter is a world away from the golden suburbs of turn-of-the-century Edwardian England. And yet it is here, isolated in a seemingly harsh landscape, under the threat of war and madness that the fight for survival will reveal in Harry an inner strength and capacity for love beyond anything he has ever known before. an irresistible, searching and poignant historical novel of forbidden love, secrets and escape.


The Man who Forgot his Wife – John O’Farrell.

Several novels including The Best A Man Can Get, This is Your Life, May Contain Nuts and The Man Who Forgot His Wife. He has also written 2 very successful history books. A former comedy scriptwriter for shows such as Spitting Image and Alias Smith and Jones, he is the founder of the satirical website NewsBiscuit and is well known for appearing on TV programmes including Grumpy Old Men, The Review Show and Have I Got News For You.

Lots of husbands forget things but Vaughan has forgotten he even has a wife. Her name, her face, their history together, everything she has ever told him, everything he has said to her - it has all gone, mysteriously wiped in one catastrophic moment of memory loss. And now he has rediscovered her - only to find out that they are getting divorced. This book is the funny, moving and poignant story of a man who has done just that. And who will try anything to turn back the clock and have one last chance to reclaim his life. "It's a rare treat to come across a novel that is both comic and thoughtfully acute about love, and life, and stuff... Hilarious and heart-tugging, this is indeed a memorable comedy"

August will be our Garden Party and we’re suggesting anyone can bring a poem to read.
Also bring books to swop.


September:
Theme month and we have decided on
French authors.
So any book written by/about a French author, in English or French.

We had a lively meeting last week with the book Housekeeping providing some interesting discussion. Opinions were quite split with some loving it and some disliking it!

Thanks for all your support which helps to make our book club an enjoyable, successful one.

Jackie
Posted by Ladies Club d'Armagnac at 17:00 No comments: