Hope everyone is managing to keep cool, so if you are keeping out of the heat, why not take a look at the Singing group page for latest concert news and the Garden group page for our new advice article.
Enjoy the rest of the holiday break.
Posted by Ladies Club d'Armagnac at 18:16 No comments:


We are meeting in August on
Wednesday 14th August  at 6pm

for aperos and to discuss
The Girl who Fell from the Sky by Simon Mawer.

A fascinating blend of fact and fiction, The Girl Who Fell From the Sky, is both an old-fashioned adventure story and a modern exploration of a young woman's growth into adulthood. There is violence and there is love.

We all agreed to bring a plate of nibbles and several people will be bringing bottles of fizz, or wine, so we can celebrate or commiserate with Pam!
And say goodbye to and toast Evelyn’s new home.

Caroline chose this book to enhance her memories of Malaya which, in this respect, it delivered and more, which appealed to all of us.  The characters, a mix of Chinese, Japanese, English and South African were all interesting and each had a story to tell.  The book is beautifully written with poetic descriptions and has a very calming zen like effect on its readers. There are so many interesting subjects in the book, which we all learnt from such as:  the ‘war’ in Malaysia, Japanese fighter pilots, Tea growing in Malaya, The ancient art of Tattooing, the Boer War, Japanese Garden design and Internment in a Japanese prisoner of war camp.  A moving, powerful and interesting read.

As we have often stressed interest in crime novels, we have chosen to read for
Thursday 19th September 2013 at 2.45 pm

"THE CHALK CIRCLE MAN is the very welcome first novel of Vargas' Jean-Baptiste Adamsberg series, the eccentric French series featuring an eccentric French policeman who investigates by intuition and instinct, and arrests people against logic. And always gets his man.


Mysterious chalk circles have started to appear on the streets of Paris. Drawn overnight, they contain increasingly bizarre objects: a pigeon's foot, cigarette lighters, a hat, a doll's head. Are they there to draw attention to discarded rubbish? Or does the artist put the items inside the circles? Is it for amusement, or is it for something more sinister? Adamsberg tends towards the latter option, and, being the man he is, keeps a close eye on the newspaper reports, which treat the circles as a silly practical joke. That is, they do until something far more sinister turns up in one of the blue circles: the body of a woman with her throat cut. Adamsberg's instincts are proved right, and he begins digging into the case in earnest. But his crucial question is: is the blue chalk circle man the killer, or is the killer a clever opportunist who has spotted a great moment to muddy some waters?"

Jacky will make a cake!

For more information about any of the above or our next meeting and venue, please contact:


or our facebook page (see widget on the blog)
Gers Ladies Lunch Club
Posted by Ladies Club d'Armagnac at 22:12 No comments:

Helped by our French friends, who obviously had their own special bbq ritual, the important cooking part was organised 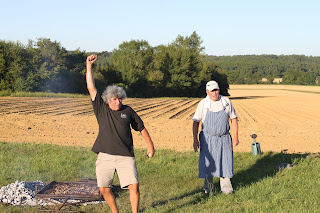 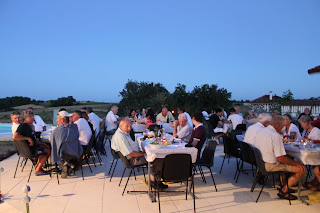 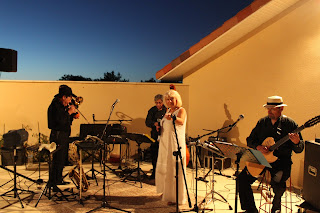 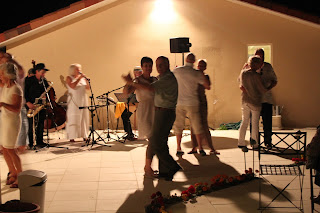 Thanks go to all helpers and those who provided food but especially to Sue and Sue who organised it all.

All photos courtesy of Sue T.
Posted by Ladies Club d'Armagnac at 16:28 No comments:

The Gersabelles are again performing 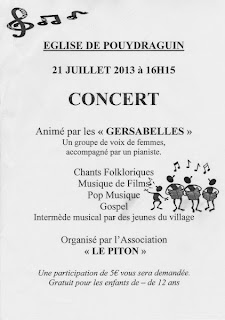 If you are able to support them by attending, please do.
Their musical excellence is impressive

they are always looking for new members. 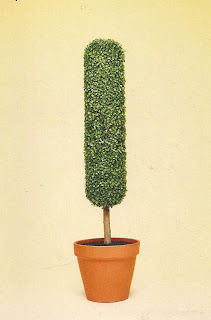 Posted by Ladies Club d'Armagnac at 09:04 No comments: 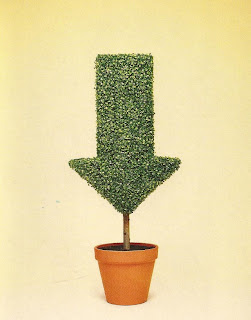 Posted by Ladies Club d'Armagnac at 12:56 No comments: