We wish all our members and their friends and families a Merry Christmas and a
happy and healthy  New Year 2016.

Posted by Ladies Club d'Armagnac at 00:38 No comments:

Our Christmas meeting is postponed to
Thursday 07 January 2016, in Reans at 4pm to discuss Wendy’s choice,

The Postmistress by Sarah Blake.

Wendy will bring champagne (or some sort of bubbles!), Pam is kindly making mince pies, Cathie and me some savouries for this Christmas meeting.  Any other offers of nibbles most welcome.

We will also be choosing the February book from Ann’s suggestions which are:

‘If on a winter’s night a traveller’, by Italo Calvino
If On A Winter's Night A Traveler is a surreal story about the hunt for a mysterious book. The book deals playfully with the writing of fiction and its conventions.

‘Red Dust’ by Gillian Slovo
Red Dust is a literary novel which explores the meanings and effects of the South African Truth and Reconciliation Commission, and was made into a film released in 2004.

‘The Fever Tree’, by Jennifer McVeigh
‘The Fever Tree’ has been compared to Gone with the Wind and Out of Africa. The novel takes place in South Africa, in 1880, a country torn apart by greed. In this remote and inhospitable land, the protagonist, Frances becomes entangled with two very different men—one driven by ambition, the other by his ideals.


‘The Magus’, by John Fowler
John Fowles unfolds a tale that is lush with over-powering imagery in a spellbinding exploration of human complexities. By turns disturbing, thrilling and seductive, The Magus is a feast for the mind and the senses.


The January book, suggested by Cathie is
West with the Night by Beryl Markham.
Thursday 21 January in Reans at 2.30. 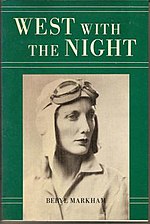 Looking forward to kicking off the Christmas festivities.
Meanwhile, have a very happy, indulgent Christmas!!
See you in January
Jackie

Posted by Ladies Club d'Armagnac at 12:12 No comments:

Last meeting of the year will be on
Thursday 17 December, in Reans at 4pm
to discuss Wendy’s choice, who will bring champagne (or some sort of bubbles!),
Pam is kindly making mince pies, Cathie and me some savouries for this Christmas meeting.
Any other offers of nibbles let me know.

December 17th at 16.00h
The Postmistress by Sarah Blake

synopsis: 'sweeping novel about the loss of innocence of two extraordinary women-and of two countries torn apart by war.

On the eve of the United States's entrance into World War II in 1940, Iris James, the postmistress of Franklin, a small town on Cape Cod, does the unthinkable: She doesn't deliver a letter.
In London, American radio gal Frankie Bard is working with Edward R. Murrow, reporting on the Blitz. One night in a bomb shelter, she meets a doctor from Cape Cod with a letter in his pocket, a letter Frankie vows to deliver when she returns from Germany and France, where she is to record the stories of war refugees desperately trying to escape.
The residents of Franklin think the war can't touch them—but as Frankie's radio broadcasts air, some know that the war is indeed coming. And when Frankie arrives at their doorstep, the two stories collide in a way no one could have foreseen.


The Postmistress is an unforgettable tale of the secrets we must bear, or bury. It is about what happens to love during war-time, when those we cherish leave. And how every story—of love or war—is about looking left when we should have been looking right. (From the publisher.)'


For more information about any of the above or our next meeting and venue, please contact:
LLC secretary: lunchclubgascogne(at)gmail.com
or you join the blog here:

Ladies Lunch Club de l'Armagnac.
Also see bookclub page of this blog to see what we have been reading so far.

We enjoyed a good meeting November bookclub discussing 'On Writing' by Stephen King.  A well written, punchy, honest, imaginative work which gave the budding writers amongst us some food for thought.

We will also be choosing the February book from Ann’s 3 suggestions.

The January book, suggested by Cathie,
was a book from our lucky dip in August:
West with the Night by Beryl Markham.

See as many of you as possible in December to start our Christmas festivities!

Posted by Ladies Club d'Armagnac at 09:00 No comments:

Christmas 2015 - 3 concerts to listen and enjoy

3 Christmas concerts to listen and enjoy: 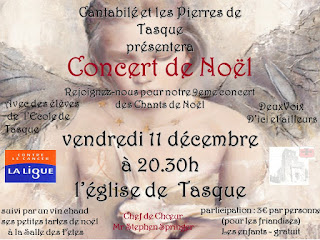 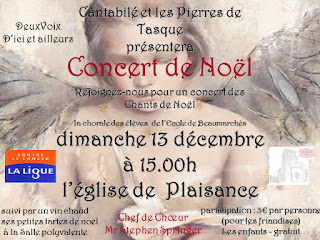 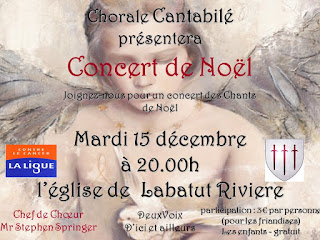 
Posted by Ladies Club d'Armagnac at 09:00 No comments: