Dear Ladies,
Spring is officially here!  April is almost upon us, so time to take a break and join us for our next lunch. 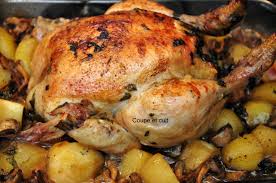 Please  make your reservation
BY NOON on FRIDAY 4th April 2014.


Again  to speed up the collection of lunch money, would you please have this ready in an envelope with your name on, or
alternatively you can pay by cheque made out to ‘Le Commerce’.

We are continuing with our collection of plastic bottle tops for recycling into chairs for the disabled.

Also please bring along used Postage Stamps for passing on to a Charity.

Should you have any difficulty in booking for the lunch, please contact Jane Cooper, Secretary on lunchclubgascogne@gmail.com
before NOON on 4th April

All members and their guests are welcome, but book in time please.

Posted by Ladies Club d'Armagnac at 18:13 No comments: 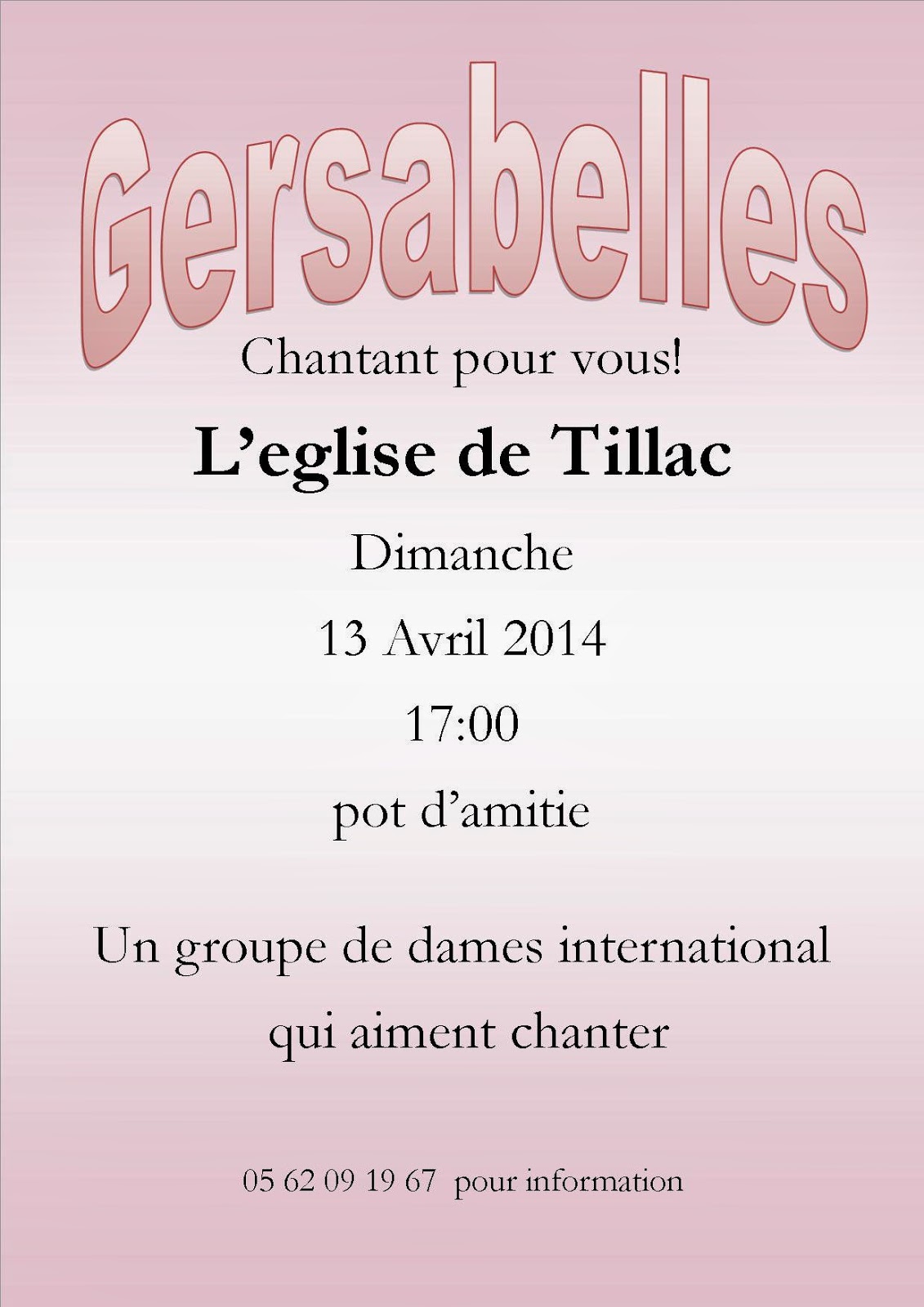 Posted by Ladies Club d'Armagnac at 00:04 No comments:


The Ladies Lunch Club Talking shop gives members the opportunity to practice conversation, primarily in French, but for our French members or those with limited English, the chance to talk and learn more vocabulary in our working language. 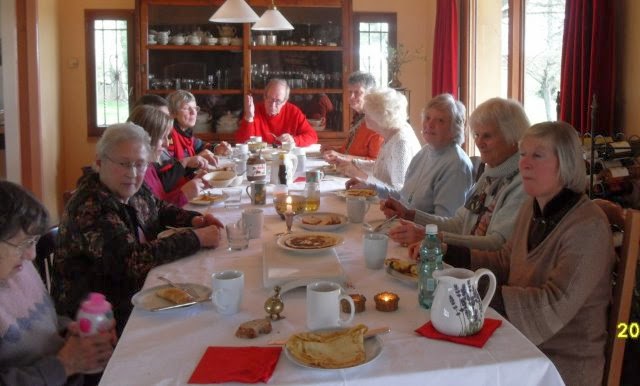 Again tea or coffee, cake or biscuits are normally on offer which is also part of the cultural exchange and getting to know each other in an informal setting.
Each nationality produces a different favourite delicacy and I have to say Dutch coffee is delicious!! 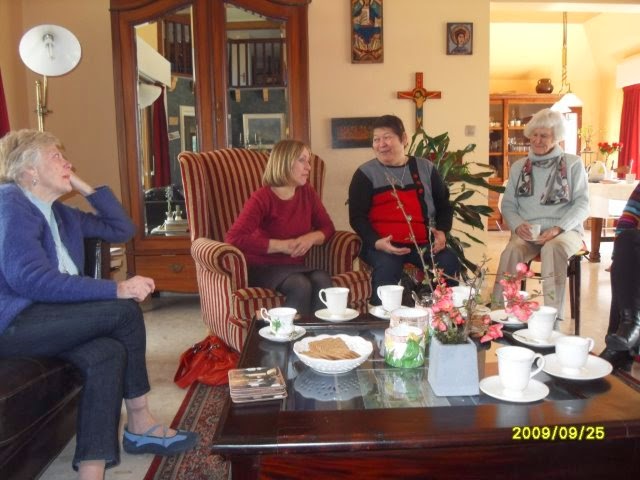 In March 2014 we had a very happy get together at Magda's home.
It was a little unusual as because it was Pancake Tuesday we were treated to pancakes in the Dutch way for lunch, and could compare recipes. 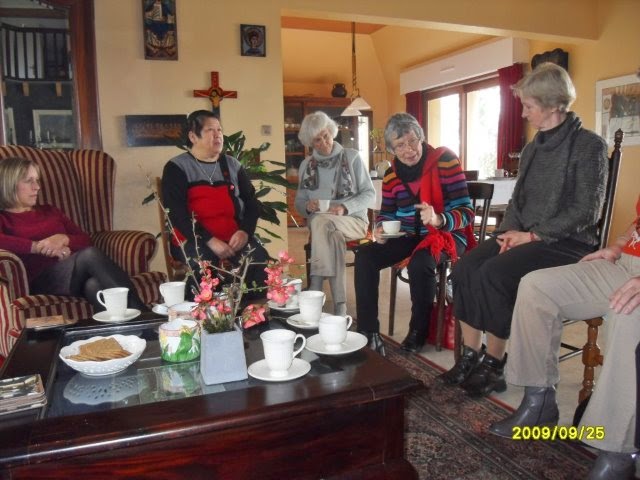 At the next meeting in April we shall welcome two new members to our Club. 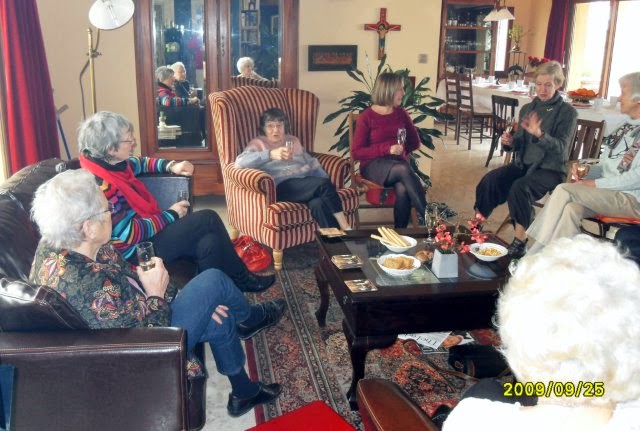 As usual if anyone is interested in joining the Talking Shop please email me : muashby@gmail.com 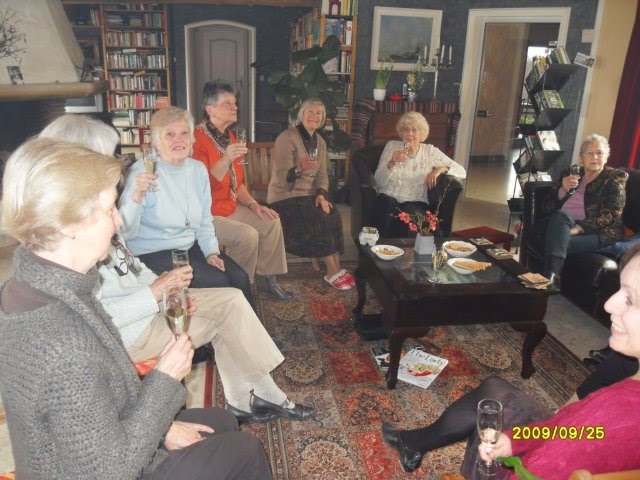 Posted by Ladies Club d'Armagnac at 18:18 No comments:

Our Singing Group are looking for a

volunteer (man or woman) to play the piano

at their practice sessions which are held
every Wednesday between 10.30 and 12.00 in the room above the cinema in Nogaro. 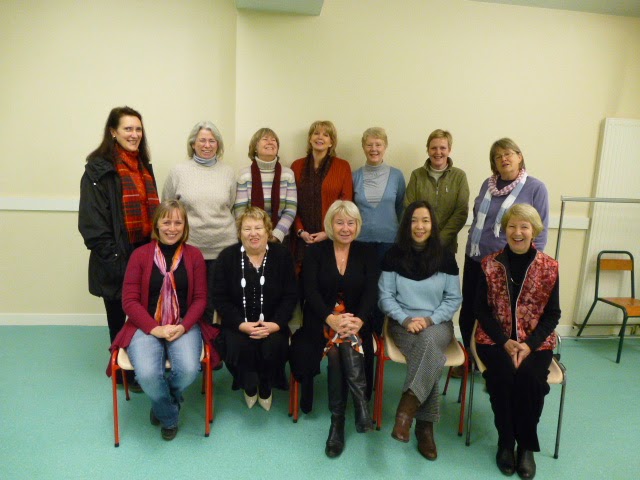 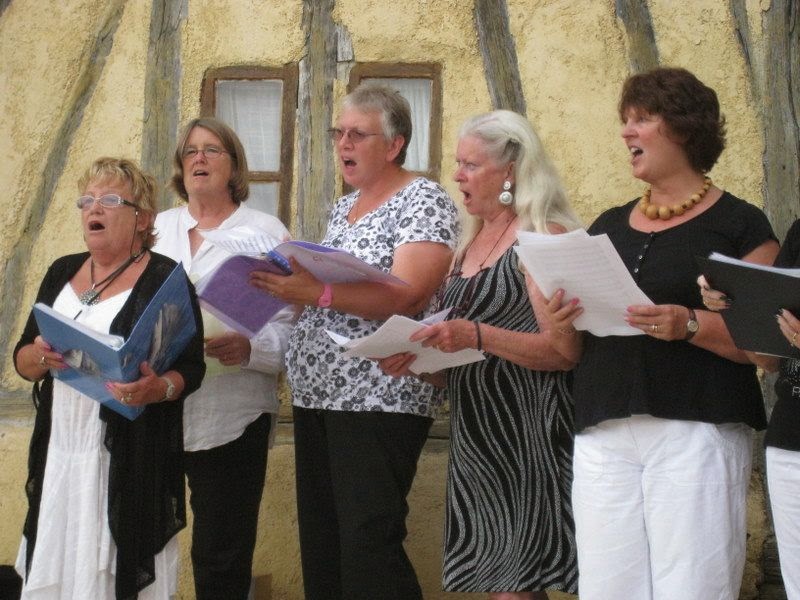 The Choir now has 21 members
(all nationalities), and several concerts planned for this year, and the addition of a pianist would be a great help in preparing for these events.
Their music is varied and popular rather than classical.

Posted by Ladies Club d'Armagnac at 11:07 No comments:

Our garden group activities have been discussed and we can provide you now with our new Agenda 2014:

Registration by email to Marcella not later than 27 March 2014.

Future plans for seminars
provided of interest and registering:

Posted by Ladies Club d'Armagnac at 23:44 No comments:

The Restaurant is situated just 3 mins from the N124, between Demu and Vic Fezensac.
You take the D157 towards Castillon Debats.  The turning is well signposted with a large green sign advertising the Auberge La Baquere.
From Nogaro or Eauze it will take roughly 25 mins.

Not only do we start off with a delightful new venue, but we also have the privilege to welcome

Ruth Hartley,
as our Guest Speaker, to talk about her first book, which has recently been released  -

This is a novel, based on Central Africa, where Ruth lived, so we can look forward to hearing not only about her book, but also of the time she spent in Africa.

Her talk will commence at 12.15, for approx.30 minutes, so we would ask you to arrive at 12.00 noon if you would like to hear her talk, so that ‘booking in’ for the lunch can start.

(images shown are just to give an idea, and are not necessarily how they will be presented on the day).

Reservations for the lunch should be made on the ‘Booking Form’.
To obtain this please e-mail LLC Secretary (lunchclubgascogne@g.mail.com). All bookings must be received by NOON on Friday 8th March.

Again it will be helpful to our treasurer Pippa who will be collecting the lunch money if you could have this ready in an envelope with your name on. Alternatively you can pay by cheque made out to the Auberge la Baquere.

I would like to start on a personal note to say thank you for your support in electing me as the new Chairman of the LLC.
I look forward to continuing with all the good work that has been done by my predecessors.
Together with Jane Cooper (Secretary), Pippa Brown (Treasurer) and the new Committee Members – Ginster Michel, Loes Quak, Kate Notman and Pat Wright
I feel we have a strong team to address the needs of our growing and popular Club.

Can I also take this opportunity to remind you that Gaye Piper will be collecting any clothes (in good condition) for the
BLOOPS  Charity sale in April.

Also, Patricia Colan would like any plastic bottle TOPS to go to a Charity who recycle them to make chairs for the disabled.

We look forward to seeing everyone,  and wish you all an enjoyable lunch.
Sue Sullivan
On behalf of the Committee
Posted by Ladies Club d'Armagnac at 07:00 No comments:

The schedule for 2014 will be presented.

For any further information please contact LLC secretary at
lunchclubgascogne@gmail.com
Posted by Ladies Club d'Armagnac at 23:22 No comments: 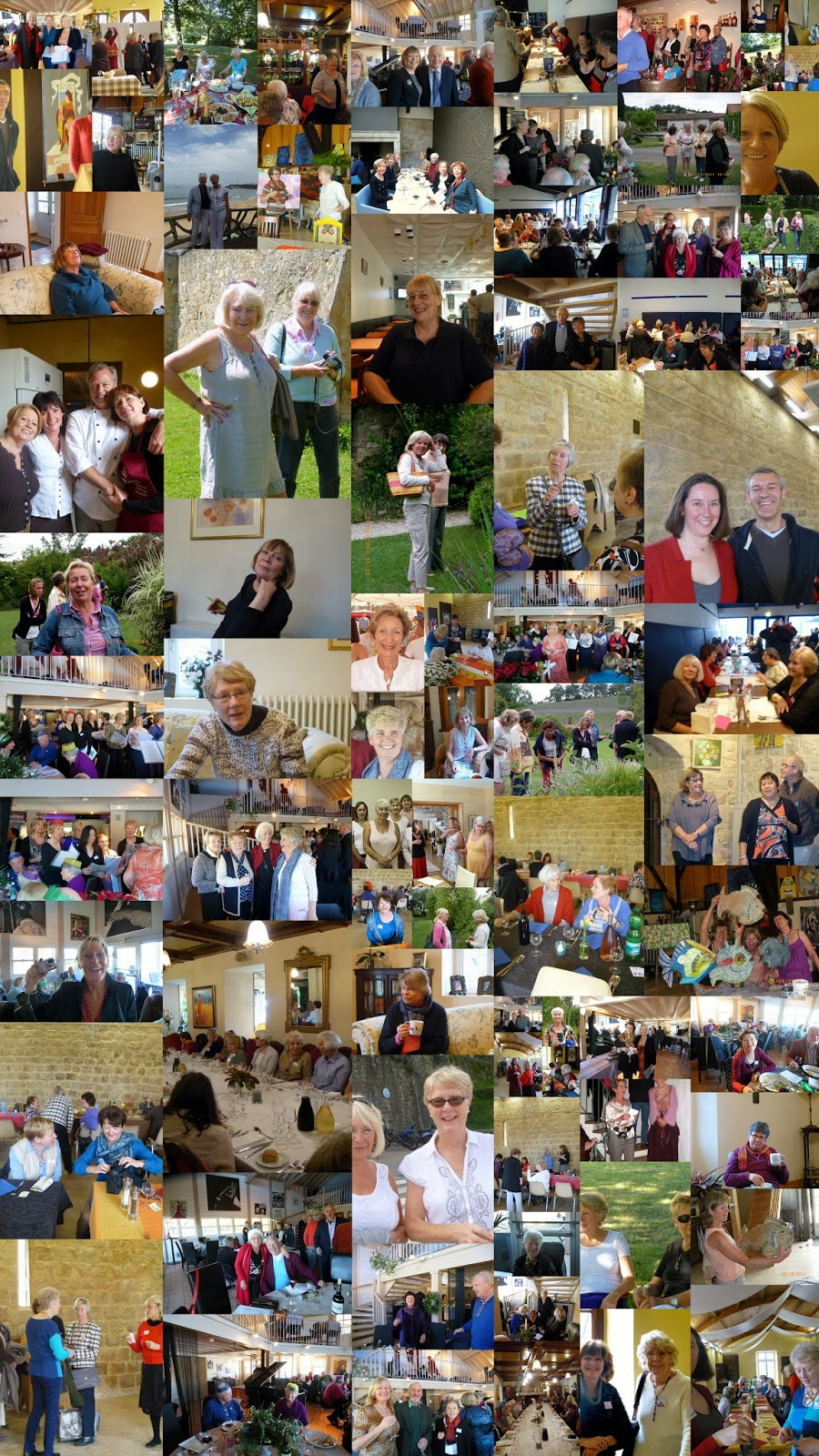 The 2013 minutes were approved by the 44 members attending the AGM.
The AGM will be held in February in future years, this was agreed by a show of hands.

Chairwoman’s Report – The meeting was chaired by Jane Cooper, Secretary in the absence of Dawn Johnson retired Chairwoman.
Dawn reported that she had wished to vary the lunch venues but also keeping travelling distance to a minimum and the lunches had been well attended.
A blog presence was established publicizing LLC as well as local events and LLC group meetings. Dawn thanked her committee members and other members who gave their time to the club and sent her good wishes.
The LLC now has 114 members.

The Art and Craft exhibition was a great success and would be a regular event. The Christmas lunch was enjoyed by all participants.

Treasurer’s Report  - Pippa explained that subscriptions needed to increase to €10 to keep the club solvent, this increase would come into effect on 31 March 2014 for current members, new members with immediate effect.

Garden Group – has 67 members and had 9 meetings last year. 5 in member’s gardens where workshops were given and 4 in esteemed gardens of the region. Garden group meets the first Thursday afternoon of each month.

Singing Group –The Gersabelles had grown to 19 singers and was truly international. Singing group meets each Wednesday morning.

Talking Shop – Muriel reported that the members were of varying nationalities and all enjoyed practising their French between 10.15 and lunch time on the first Tuesday of each month.

Helping Hands – Helping Hands offers temporary assistance /emergency help in the house, garden or with transport. There were 20 helpers at present.

Reans Craft Group – Although not part of the LLC members are welcome. A variety of crafts can be learned or demonstrated. Meetings from March will be bi-weekly the 1st and 3rd Thursday afternoon of each month.

Knitting Group – Marion reported that 171 items knitted by the club members had been shipped to Uganda and their work continues. They have been supported with donations of wool and They meet every 3rd Tuesday of the month between 10 and 12.

New members are welcomed at all the groups 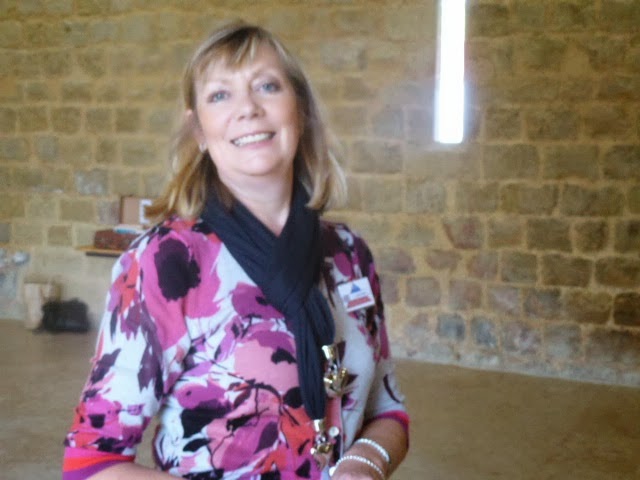 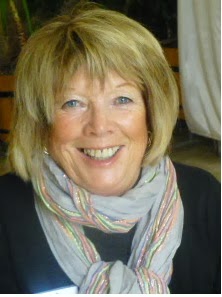 and Sue Sullivan were prepared to stand for the year 2014. All 3 were re-elected by a show of hands: 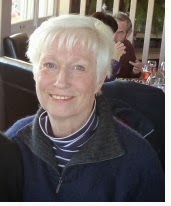 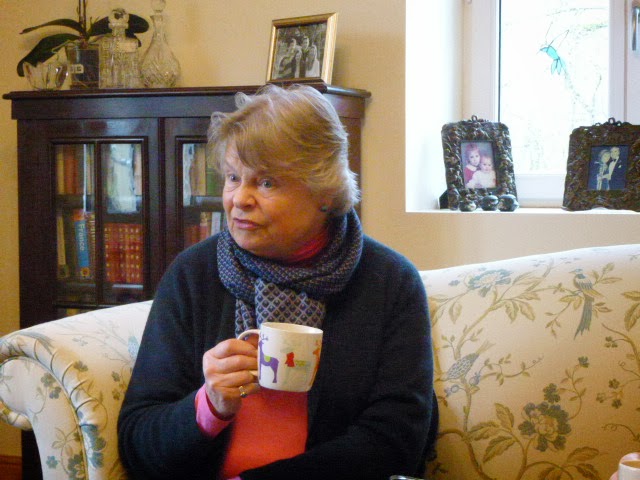 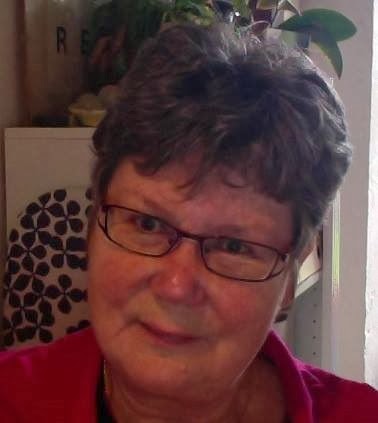 were all prepared to stand and elected by the members by a show of hands.

Election of Chairwoman – Sue Sullivan was duly elected with a show of hands. 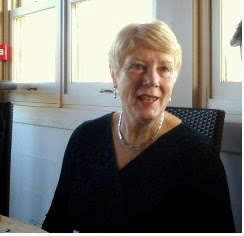 Change of Club Name -
Following a lively discussion it was decided to retain the name Ladies Lunch Club by 26 votes to 6.
A new logo will be considered.

The meeting ended at 12.30. A full copy of the minutes is available to members on request.
Posted by Ladies Club d'Armagnac at 22:21 No comments: